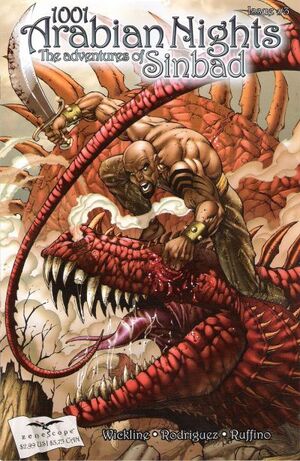 Appearing in "Sinbad and the Eyes of Fire: Part 3"Edit

Synopsis for "Sinbad and the Eyes of Fire: Part 3"Edit

The Witch Queen Alorana insists that Samelia, a valuable member of Sinbads crew, is left behind with her as a collateral of sorts while Sinbad and the rest of his crew journeys to Katan in search of an essential piece of the Jericho Visor. But unfortunately for Sinbad the Queen failed to mention that no man has ever returned from the deadly Katan and that she has other plans for the gorgeous Samelia.

Retrieved from "https://zenescopeentertainment.fandom.com/wiki/1001_Arabian_Nights:_The_Adventures_of_Sinbad_Vol_1_3?oldid=16960"
Community content is available under CC-BY-SA unless otherwise noted.