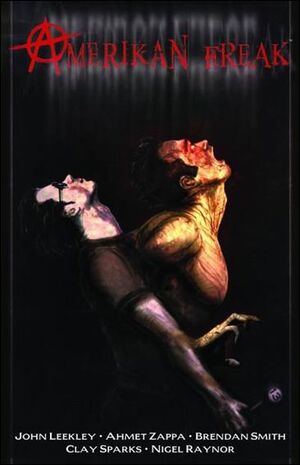 They called Jason "The Freak" for a reason but his big brother Jesse was always there to protect him. And when they murdered Jesse it was the biggest mistake this town would ever make. Out of Jason's rage came the darkness he had always feared as the two brothers merge to form one savage monster. Now there is hell to pay.

Retrieved from "https://zenescopeentertainment.fandom.com/wiki/Amerikan_Freak_Vol_1_1?oldid=10871"
Community content is available under CC-BY-SA unless otherwise noted.