Bailey works at magic school, probably as a teacher or a librarian.

Bailey had been trying to research what happened to Leo and she finally found something in some books she bought at a garage sale. She contacted the person who she thought might have some additional information and then she told Leo what she had learned.

Bailey is with Leo at Magic School when the kids' powers start acting up. Leo tells her to "take Henry Jr. and get the rest of the staff" so that they can get help dealing with the kids and what is behind the kids sudden power burst. She is doing just that when Rennek dark orbs Leo away from Magic School.

After helping other Magic School employees put the sisters' kids to sleep so that their powers don't cause problems, Bailey takes off for the Halliwell Manor through a portal. Once there she tells the sisters about the kids' powers going bonkers and about Leo vanishing. She works with Paige to make potions for Prue and Piper to use and talks to Paige who is worried that she no longer belongs.

The Power of 300Edit 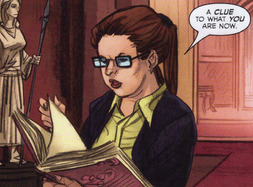 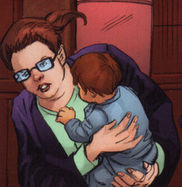 Family Shatters
Add a photo to this gallery
Retrieved from "https://zenescopeentertainment.fandom.com/wiki/Bailey?oldid=17108"
Community content is available under CC-BY-SA unless otherwise noted.