Cal Greene was a baseball player for the San Francisco Giants. In 1999, Phoebe Halliwell gets a premonition of her being burned to death while watching a report about him. Along with her sisters, Prue and Piper, she goes to the future to find out what happens. They learn that Phoebe killed Cal in revenge for killing a friend of hers after he got off on a technicality. Phoebe chose to take the punishment and was returned to her proper time with her sisters.

Cal met Mika at a press conference she attended and they started dating. When Mika wanted him to eat dinner with her co-worker from The Bay Mirror and friend, Phoebe Halliwell, and Phoebe's husband, Coop, he agreed and told Phoebe that he was a big fan. He and Phoebe spent most of the dinner chatting, leaving Mika and Coop out much of the time. After dinner, he told the couple that he had a good time.

Later, Cal had a run in with their boss, Elise Rothman, after she told Mika about a girl that he beat up. He had been threatening Elise for a while to keep it quiet and this time, he got angry enough that he attacked her. 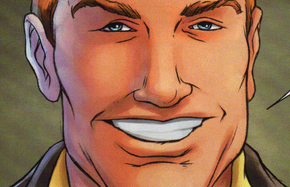 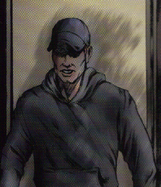