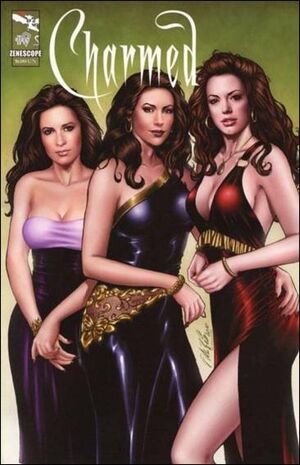 This sourcebook serves as a prequel to the comic book series and is a must for fans of the show or anyone who wants to catch up on the Charmed universe. Don't miss out on getting this special #0 issue which is sure to be a colletor's item.

This was not a regular issue. Instead it catches readers up on the background of the series as known from the show before plunging them into the comic series.

Retrieved from "https://zenescopeentertainment.fandom.com/wiki/Charmed_Vol_1_0?oldid=11907"
Community content is available under CC-BY-SA unless otherwise noted.