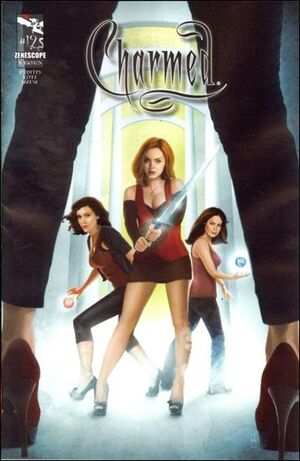 Appearing in "The Charmed Offensive"Edit

Synopsis for "The Charmed Offensive"Edit

The Charmed Ones and Leo face down impossible challenges in a battle to reclaim the Heavens, conquer the Underworld, and save the Earth. It's a fight that's been brewing since long before the prophecy of The Charmed Ones was foreseen and building since the first issue of the comic book. When this battle ends, the Charmed universe may never look the same.

Retrieved from "https://zenescopeentertainment.fandom.com/wiki/Charmed_Vol_1_12?oldid=11800"
Community content is available under CC-BY-SA unless otherwise noted.