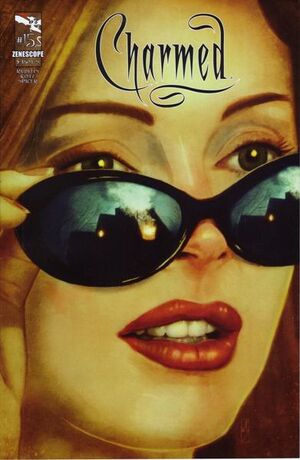 Appearing in "Where There's Smoke There's a Firestarter"Edit

Synopsis for "Where There's Smoke There's a Firestarter"Edit

Trouble comes knocking on Paige's front door when a mysterious fire nearly burns down her house. The nature of the attack suggests a firestarter, but the real answer might not be that simple. Are The Charmed Ones about to face another threat from the past or is the culprit a more recent addition to their lives? A secret that Piper's been keeping might hold the answer to more than just Paige's question or it could lead to a whole new set of problems instead.

Retrieved from "https://zenescopeentertainment.fandom.com/wiki/Charmed_Vol_1_15?oldid=10444"
Community content is available under CC-BY-SA unless otherwise noted.