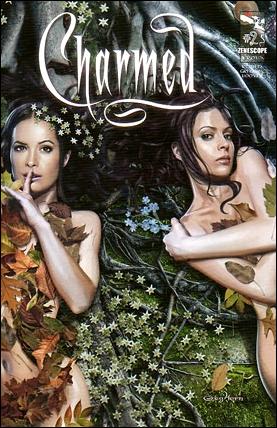 Appearing in "No Rest for the Wicca"Edit

Synopsis for "No Rest for the Wicca"Edit

As the Charmed Ones go about settling into their new lives forces from the underworld prepare to unleash a power that will destroy the Charmed Ones once and for all. Meanwhile Paige accepts a new charge and learns the hard way that teaching isn't always the easiest job when your student is a witch in training. Phoebe and Piper attend the funeral of Brittany, the first innocent they ever saved, only to find that her death may herald the beginnings of a threat that may endanger not only all the innocents the have saved, but the Charmed ones themselves.

Retrieved from "https://zenescopeentertainment.fandom.com/wiki/Charmed_Vol_1_2?oldid=11776"
Community content is available under CC-BY-SA unless otherwise noted.