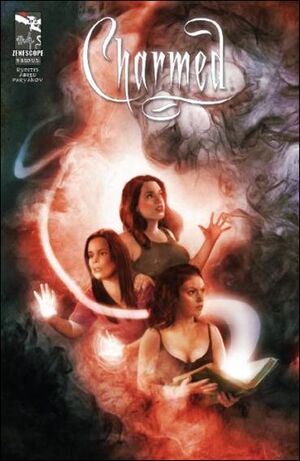 To keep them safe from harm, the Charmed ones bring the remaining innocents back to the manor. But little do they know the Source has returned and cast a spell turning every innocent in the entire city against them... Even as they fight to survive, the Charmed Ones learn that the source has planned his arrival at the perfect time to destroy the power of three once and for all.

Retrieved from "https://zenescopeentertainment.fandom.com/wiki/Charmed_Vol_1_4?oldid=14476"
Community content is available under CC-BY-SA unless otherwise noted.