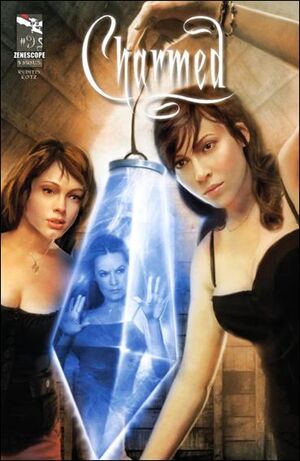 Appearing in "The All or Nothing"Edit

Synopsis for "The All or Nothing"Edit

With a family member lost, The Elders under siege and an unstoppable force about to wreak havoc on the world, Leo must reveal an ancient secret to The Charmed Ones. They must learn the very source of their craft and the true origins of the magic they possess if they have any chance of defeating their latest threat.

Retrieved from "https://zenescopeentertainment.fandom.com/wiki/Charmed_Vol_1_9?oldid=14470"
Community content is available under CC-BY-SA unless otherwise noted.