Chris is the younger son and middle child of Piper and Leo.

Chris was first introduced as an adult who had travelled backward in time. He arrived in a time not only before his birth, but also before his conception and put into motion many events, several of which didn't end well. His adult version died shortly before he was born, having been in the past for about a year and a half.

As he grew up, it was for a long time difficult for his parents to deal with him without remembering and being sad. He spent a lot of time with his grandpa, Victor Bennett.

"The line continues with their offspring, beginning with Piper's sons, Wyatt and Chris, who have journeyed from the future on occasion to help the current generation."

Chris was playing tag with his older brother when Grams appeared.

When some of the elders tried to mess with his family by making his sister, Melinda, part whitelighter, there was potential that Chris could become part of a new power of three with his brother, Wyatt, and his sister. Their parents, Piper Halliwell and Leo Wyatt, were furious about the interference. It was also implied that Chris, like Wyatt, is twice-blessed.

While the grown ups were up in the attic trying to figure out how to get Piper and Paige safely back, Chris, his siblings, and his cousins were downstairs having a slumber party. He was asleep when Grandpa Victor arrived there.

Chris, along with Wyatt, Melinda, and their cousins, Kat, Tamora, and PJ, were obsolved of any prophecies and magical destinies allowed to create their own path. This would also extend to any cousins not yet born as well as Henry Jr if their adoptive cousin turned out to be more that he seemed.

When Piper calls to check on her kids, Chris, along with little sister, Melinda, is asleep. After breakfast the next morning, he spends much of the next day with one of the duplicate Pipers. At one point, they played cars. 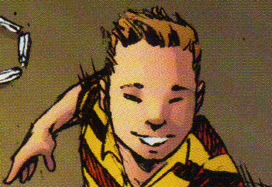 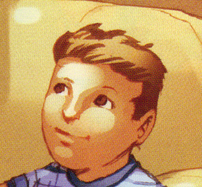 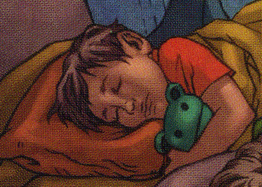 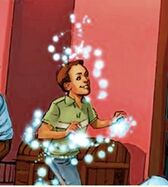