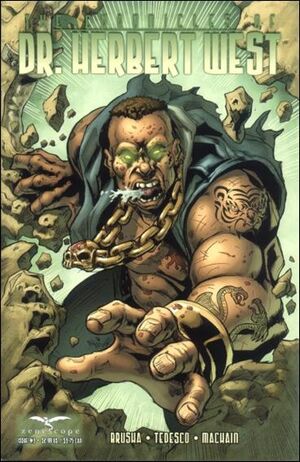 Dr. Herbert West has brought the dead back to life but his experiments have been far from a success. The creatures his serum has reanimated bear little resemblance to what they were in life. His human subjects have returned as mindless monsters with a thirst for human flesh. But his failures have only driven West even harder to succeed. How far will he go to conquer death? The subject of his latest experiment may make that decision for him. Don't miss this modern retelling of the classic H.P. Lovecraft story Herbert West: Reanimator.

Retrieved from "https://zenescopeentertainment.fandom.com/wiki/Chronicles_of_Dr._Herbert_West_Vol_1_3?oldid=12081"
Community content is available under CC-BY-SA unless otherwise noted.