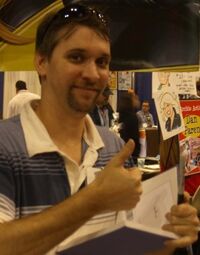 Greg Horn is an American comic book artist for Marvel comics and Cover Artist for various publications. His medium is digital painting and uses models for reference. He is well known for detailed and realistic painted characters, paintings of beautiful female characters, and tremendously expressive lighting effects. He has also done posters for Basketball at the 2004 Summer Olympics and video game magazines such as Official Xbox Magazine and InQuest Gamer, and several covers an illustrations for the comic book news magazine Wizard.

His latest projects include covers for the on-going She-Hulk, Ms Marvel series from Marvel Comics and the series MELTDOWN from Image comics.

In 2005, Horn was committed by Warner Bros. Pictures to do promotional artwork based on the Brandon Routh's portrayal of Superman in the film "Superman Returns". His artwork was mostly used in merchandise, including Mattel's toy line inspired in the movie.

Greg Horn is the cover artist for one issue of the Charmed comics. 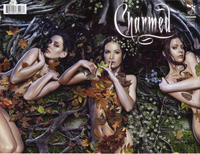 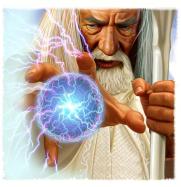 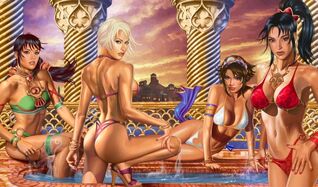 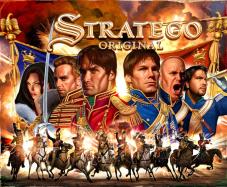 Witchblade and Hope
Add a photo to this gallery
Retrieved from "https://zenescopeentertainment.fandom.com/wiki/Greg_Horn?oldid=9921"
Community content is available under CC-BY-SA unless otherwise noted.