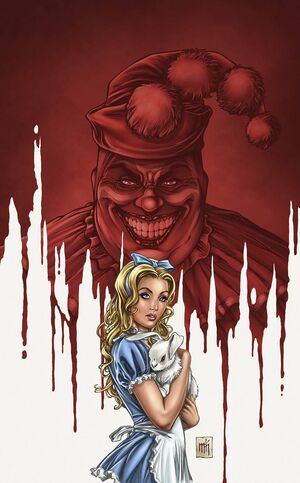 When Alice befriends a boy during her imprisonment in Wonderland, will the madness of the mysterious realm destroy them both or will their friendship keep them from losing their sanity?

Return to a Wonderland unlike one you've seen before and watch as Alice's adventures turn into her worst nightmares.

Retrieved from "https://zenescopeentertainment.fandom.com/wiki/Grimm_Fairy_Tales:_10th_Anniversary_Special_Vol_1_3?oldid=17381"
Community content is available under CC-BY-SA unless otherwise noted.