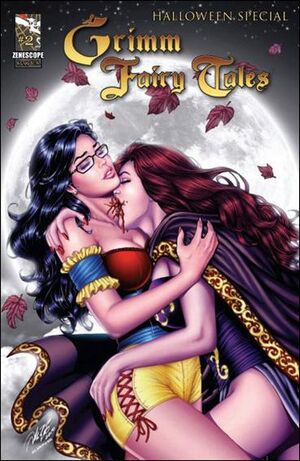 GRIMM FAIRY TALES HALLOWEEN EDITION #2 The Anti-Twilight has arrived! When a group of friends attends a Vampire role-playing Halloween party hosted by Belinda they might be in store for a little more than just a little bit of fun... Groups of fake vampires mingle while one crew seems to be more than just a hoax. If you love Vampires and scares this is the Halloween edition youve been waiting for!