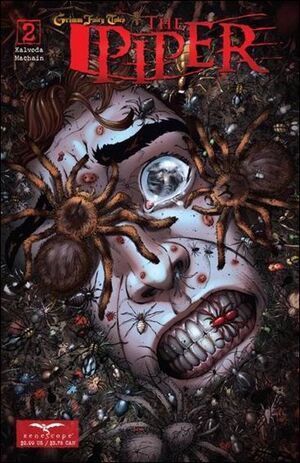 Seven hundred years ago he took a horrifying revenge and paid the ultimate price for his sins. Now he's returned to forge a deal that will cost more than just your life. Sean has released an age old evil and now those that have tormented him will suffer the consequences of their actions. But when Sean realizes exactly what he has unleashed will he have the courage to stand against a power that could destroy them all. Its time to pay the Piper!

Retrieved from "https://zenescopeentertainment.fandom.com/wiki/Grimm_Fairy_Tales:_The_Piper_Vol_1_2?oldid=13613"
Community content is available under CC-BY-SA unless otherwise noted.