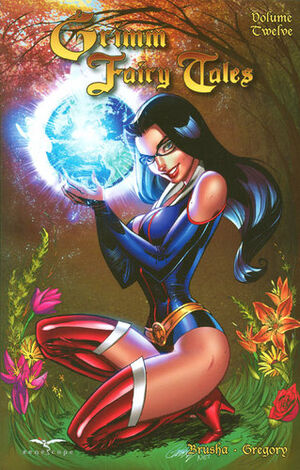 Fairy tales and fables have been passed down for generations throughout the history of mankind. But there has never been an adaptation quite like this! Collecting Grimm Fairy Tales issues #71-76 of Zenescope Entertainment's longest running series.

Retrieved from "https://zenescopeentertainment.fandom.com/wiki/Grimm_Fairy_Tales_(TPB)_Vol_1_12?oldid=15774"
Community content is available under CC-BY-SA unless otherwise noted.