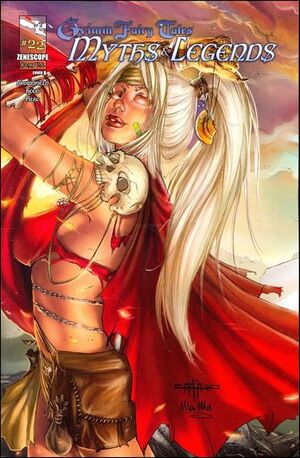 Appearing in "The Summoning: Part 1"Edit

Synopsis for "The Summoning: Part 1"Edit

The Summoning story arc begins here and the Grimm Universe will never be the same. For thousands of years Helios has remained trapped and imprisoned in the heart of the sun but now the separated pieces of the sunstone of ra are being brought together to release this entity who's unleashed power may very well destroy the world as we know it.

Retrieved from "https://zenescopeentertainment.fandom.com/wiki/Grimm_Fairy_Tales_Myths_%26_Legends_Vol_1_22?oldid=14739"
Community content is available under CC-BY-SA unless otherwise noted.