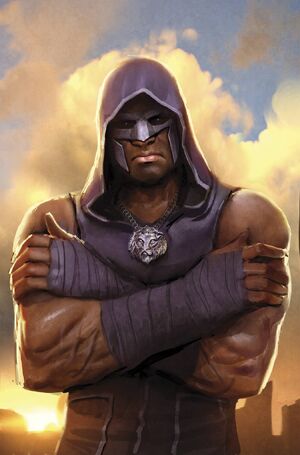 Andre Payne grew up on the mean streets of south central LA where he learned early on that only the toughest survive. And survival meant joining one of the ruthless gangs that control the streets. Andre never knew his father but when his life of guns and crime catch up with him, his dad finally shows up. And Andre's about to realize the shocking truth that he's the modern incarnation of the demigod, Hercules and his father is the powerful Zeus!

Retrieved from "https://zenescopeentertainment.fandom.com/wiki/Grimm_Fairy_Tales_Presents_Godstorm_Hercules_Payne_(TPB)_Vol_1_1?oldid=15600"
Community content is available under CC-BY-SA unless otherwise noted.