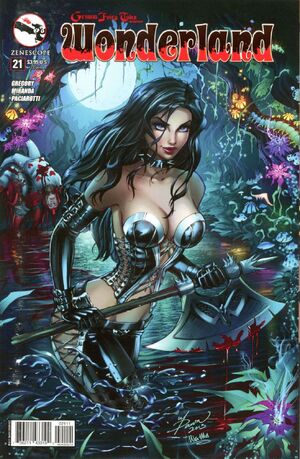 Calie RETURNS TO WONDERLAND SHATTERED REFLECTIONS - Part One Calie has returned to Wonderland with new powers, ready to end the reign of madness that has plagued her and her family's lives for so long. Unfortunately for her, Wonderland has other plans... plans that include the creation of one of the greatest adversaries Calie has ever faced.