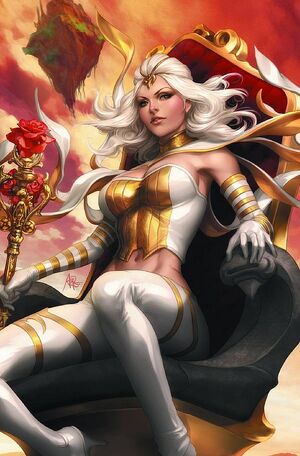 Calie and Violet have been fleeing from Wonderland for their entire lives¿ until now. In this double-sized, anniversary issue of Wonderland, the Liddle women wage war on Wonderland and the villainous Queen of Spades. When the dust is settled, there will be a new ruler of Wonderland¿ but will it be someone who has Calie's best interest at heart, or will an evil even worse than the Jabberwocky rise to power?

Retrieved from "https://zenescopeentertainment.fandom.com/wiki/Grimm_Fairy_Tales_Presents_Wonderland_Vol_1_25?oldid=15363"
Community content is available under CC-BY-SA unless otherwise noted.