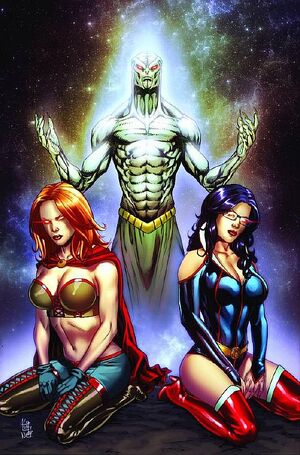 THE PRELUDE TO THE ZENESCOPE'S EVENT OF THE YEAR BEGINS HERE! The four realms have been witness to great evil over the centuries. The Dark One, The Dream Eater, The shadow Dragons and Helios but none have threatened existence as we know it as much as...THE BEING. Who is this creature? What does he wants and how do the answers tie into the origins of Sela and the four hunters who banished a legion of monsters centuries ago? A shadow has fallen over the Grimm Universe and nothing will ever be the same!

Retrieved from "https://zenescopeentertainment.fandom.com/wiki/Grimm_Fairy_Tales_Unleashed_Vol_1_0?oldid=17117"
Community content is available under CC-BY-SA unless otherwise noted.