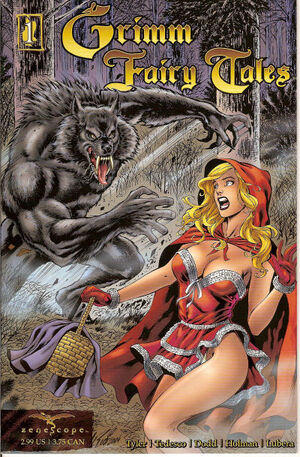 I'm just not sure about Chad. Almost since the day we started he's been pushing me. Sometimes I'm sure I'm just another one of his conquests. One more notch in his jockstrap. He was always so sweet and nice before we started dating.

Chad and Britney are sitting on the couch in her house. He's kissing her neck and then he puts a hand on her thigh. When she protests, he tells her to relax and tries to undo the front of her blouse. This time she pushes him away and he gets up, annoyed. He points out that they have been going out for a two months, so why won't she let him do more then a little kissing. When she tells him that she just isn't ready, he storms out of the house and she runs upstairs.

Upstairs she slams open the door to her room and knocks over a box of books and papers. She jumps onto her bed and sobs into her pillow as she thinks about what's been going on and how Chad has been pushing her ever since they started dating. She goes to clean up the mess she made and finds a red book on the floor that she doesn't recognize. Opening it up she finds the story of "Little Red Riding Hood" and decides to read it.

Little Red Riding Hood, looking a whole lot like Britney, walks through town and hangs up some laundry. Red's Mother calls her in and asks her to take a basket of fruit to her grandmother. She tells her to hurry, something that makes Red a littl sarcastic. This isn't her first trip to Grandmother's house. Red's mother warns her not to talk to strangers and she promises to listen.

As she walks along the path she comes across Samuel. When he asks why he hasn't seen her in a while, she points out that it is because he hasn't been to visit her. He apologizes and tells her that he has been busy with his father's affairs, but she doesn't seem to be too accepting of his apology. He tries again and she tells him he can take her to the village fair. He tries distracting her by kissing her on the neck, but she tells him to stop, that the things they had done previously should not have happened and wouldn't happen, again. Even after he reminds her that his father would protest them marrying, she tells him that he can still see her, again, but not unless he asks her to the county fair. In other words, he'd better court her openly.

She continues on to grandmother's house and enters the dark woods. She stops to talk to Jacob as he cuts some wood in front of his house. He offers to be her escort the rest of the way to her grandmother's, but she refuses so he gives her a knife to protect herself with. Before she leaves he asks if she would like to go to the village fair with him, but she lies and tells him Samuel has already asked her.

As Red continues along she comes across the leg of a dear and upon looking up finds the rest of the dead animal being devoured by two hungry wolves. She manages to escape, but she doesn't see a man in the shadows turning into a wolf.

The werewolf reaches her grandmother's before Red does and her grandmother didn't stand a chance. Red reaches the cottage and finds the door open. She follows a trail of blood two a room where she finds her grandmother's hand in a huge puddle of blood. As she is trying to absorb this, Jacob comes up behind her and tells her to come with him. Reacting on instinct she stabs him in the stomach and runs off leaving him bleeding. She runs right into the path of the werewolf who attacks her. He's ready to go in for the kill when he stops. Jacob's ax comes down into the back of the werewolf and he stops his attack. As he is dying, the werewolf changes before Red's eyes into Samuel. Samuel tries to explain himself and then he dies. Red is left alone in her grandmother's house, her grandmother and Samuel dead, Jacob, dead, dying, or very badly injured.

And that's when Britney wakes up. She stumbles over to her mirror as she thinks about the nightmare she just had. She decides that it is time to get rid of Chad and has time to wonder what happened to the book. Something she sees in the mirror startles her. Perhaps it is the leaves she that are strewn across her bed that give her pause. Was it really a nightmare as she believed?

Joe Brusha uses the name Joe Tyler (as author) and J. C. Brusha (as editor) in the credits for this issue.

Retrieved from "https://zenescopeentertainment.fandom.com/wiki/Grimm_Fairy_Tales_Vol_1_1?oldid=16655"
Community content is available under CC-BY-SA unless otherwise noted.