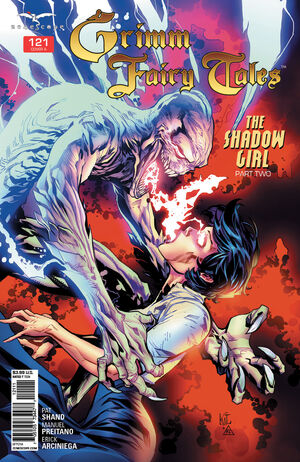 The countdown to the big finale is here! As Skye and Lance call the other students of Arcane Acre to action, Bloody Bones attacks when it is least expected. Desperate times have led Sela to desperate measures, though, and she has a plan that will reunite her with her daughter and end this threat once and for all.

Retrieved from "https://zenescopeentertainment.fandom.com/wiki/Grimm_Fairy_Tales_Vol_1_121?oldid=17042"
Community content is available under CC-BY-SA unless otherwise noted.