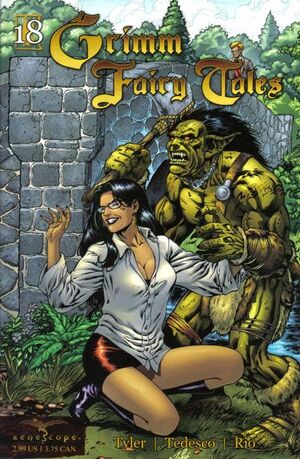 A young boy who is tormented by the school bully learns that sometimes you have to stand up for yourself and fight back, even if it’s a fight you can’t win. But he’s not the only person to learn a valuable lesson from the story. Sela herself learns that things aren’t always as they appear to be and that one person can make a difference in the world if they have the courage to try.

Retrieved from "https://zenescopeentertainment.fandom.com/wiki/Grimm_Fairy_Tales_Vol_1_18?oldid=18277"
Community content is available under CC-BY-SA unless otherwise noted.