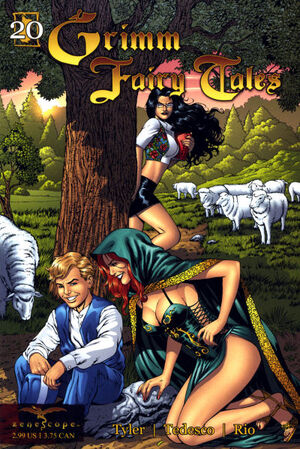 Appearing in "The Boy Who Cried Wolf"Edit

Synopsis for "The Boy Who Cried Wolf"Edit

"The Boy Who Cried Wolf" gets the Grimm Fairy Tales treatment in this can't-miss issue. When a young boy is assaulted by the town outcast, his family and neighbors are hell bent on getting swift justice, even if it means dealing it out themselves. But things aren't always as they seem, and the boy they thought they knew isn't what he appears to be. But by the time they realize the error of their ways, it's much too late to undo the horrible act they've committed. A new teacher with her own unique powers is on hand to teach a lesson about the ugly side of human nature, and Sela's world is about to undergo a major change that isn't for the better.