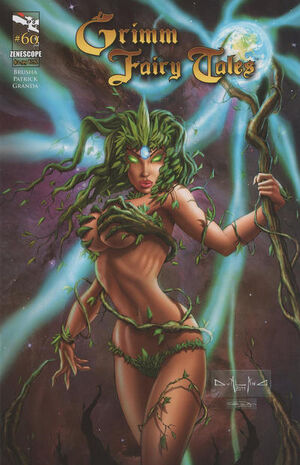 As Orcus and his army attack Tallus, Sela and company want to take action. But Druanna has her own way of dealing with the enemy. Who she is, and just how powerful she is, has been kept a secret until now. But Orcus has a card hidden up his evil sleeve as well. It's a standoff that will echo through the ages, through legends, and through Grimm Fairy Tales.

Retrieved from "https://zenescopeentertainment.fandom.com/wiki/Grimm_Fairy_Tales_Vol_1_60?oldid=10642"
Community content is available under CC-BY-SA unless otherwise noted.