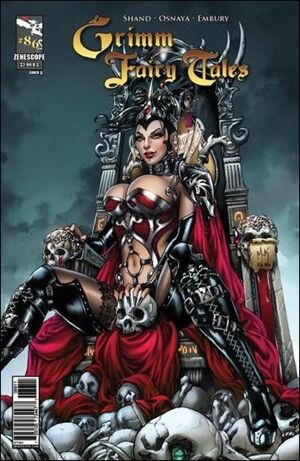 Appearing in "The Phoenix: Part 1"Edit

Synopsis for "The Phoenix: Part 1"Edit

THE PHOENIX: Part One - While the world is still reeling from the events of Unleashed, Sela and the newly resurrected Belinda have made it their mission to help people in need. This leads them to Kiera, a beautiful Highborn with a fiery secret who has been living among humans for centuries. As Sela learns the story of the mythological Phoenix's rebirth, the truth about the plan the Dark One has been putting into motion for years comes to light.

Retrieved from "https://zenescopeentertainment.fandom.com/wiki/Grimm_Fairy_Tales_Vol_1_86?oldid=15746"
Community content is available under CC-BY-SA unless otherwise noted.