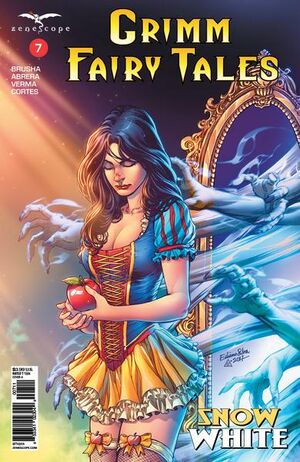 Skye heads to Maryland to pick up a new student for Arcane Acre, but troubles lie ahead for them both as a trap is set at a local arts festival. Transported and caught off guard, Skye must battle a new threat and several smaller ones if she intends to survive and figure out the new mystery laid before her in the form of the Order of Tarot.

Retrieved from "https://zenescopeentertainment.fandom.com/wiki/Grimm_Fairy_Tales_Vol_2_7?oldid=18155"
Community content is available under CC-BY-SA unless otherwise noted.