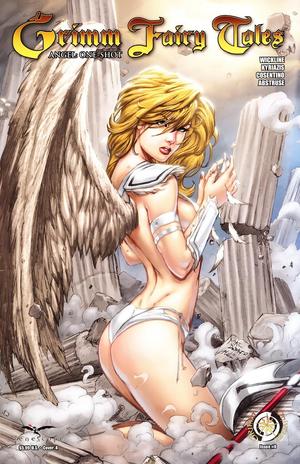 Grimm Fairy Tales Angel One-Shot - Earth and the Realms of power face a new threat as the Highborn gods of old return to take their place as the rulers of mortal men.

At the same time a new hero is set to enter the Grimm Universe...a hero who holds the fate of all mankind in her hands. Don't miss this special one-shot companion issue that picks up where the 2012 Grimm Annual leaves off.

Retrieved from "https://zenescopeentertainment.fandom.com/wiki/Grimm_Universe_Vol_1_0?oldid=11527"
Community content is available under CC-BY-SA unless otherwise noted.