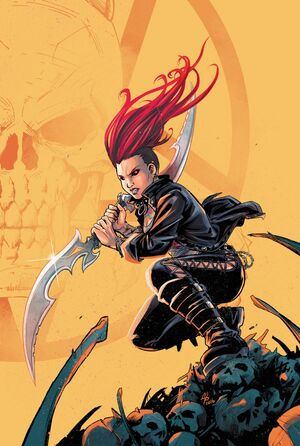 Angelica's rampage through New York City comes to an end when she befriends Olaf and his crew of junkie vampires. However, when Jerrik, an ancient monster from Olaf's past, comes to the city to reprimand him, Angelica will get a taste of true evil. Meanwhile, Van Helsing and Hades continue to hunt the runaway Hellchild, unaware that they're playing directly into Olaf's plan.

Retrieved from "https://zenescopeentertainment.fandom.com/wiki/Hellchild_Vol_1_3?oldid=17591"
Community content is available under CC-BY-SA unless otherwise noted.