Henry Mitchell is Paige's husband whom she met during season eight. He works at the SFPD as a parole officer.

Henry grew up in the foster care system and decided to go into the police work. As a parole officer, he was able to help troubled kids get their lives straightened out whether or not they wanted to be straightened out. He met Paige Matthews when one of her charges was also one of his charges. They bumped heads at first, but soon they started dating and Paige told him her secret. She was a witch and a Charmed One. Like any couple, they had bumps, but most couples don't have quite the same bumps they had, like Simon, the magical young man who challenged Henry to a magical dual.

Henry proposed to Paige on the Golden Gate Bridge and instead of the engagement party Piper planned a week later, they decided to get married. Less than a year later, they were pleasantly surprised to learn that Paige was pregnant. They had a set of twins, Kat and Tamora, shortly after Piper and her husband, Leo, had their third child, Melinda, and shortly before Phoebe and her husband, Coop, had their first born, daughter PJ.

"It wasn't until I met Henry Mitchell, a parole officer that grew up in the foster care system that I found my true match. We settled down together and started a family, finally allowing me to find my place in the world and accept the responsibility of mentoring new charges."

When innocents started turning up dead, Henry helped Paige by using his contacts with the police to learn the fate of their innocents.

Henry is affected with the other innocents in the city and attacked Paige. Once they got him to Magic School, the spell had no effect on him, but he didn't forget what he did and continued to feel bad about it.

Henry is feeling terrible about what he did to Paige while under the Source's spell, but there is no time to talk about it as the Source is attacking Magic School, trying to get in.

They finally had a conversation about what happened when Paige brings home a newborn she orbed out of his dead mother's womb. He was worried that something like that could happen, again, and also that child like Little Henry, as Paige called him, without magic, would be in additional danger with all the things Paige and her sister faced. That conversation got cut short when Piper called needing Paige's help.

Hearing a noise in the attic, Henry ran upstairs hoping that his wife was back from her recon mission with her brother-in-law, Leo. What he found was Paige, unconscious and with no idea how she got that way.

He had a conversation with Victor Bennett about being someone without magic and married to a witch. It also helped Henry take his mind off what was going on with Paige who was unresponsive after the attack from Neena.

When Piper and Phoebe put their plan into effect, Henry followed with Paige's body so that they could put her soul back into her body.

Henry arrived at the opening of Piper's restaurant, Halliwell's with Coop and Leo. He was part of the toast to Piper and her success.

Henry called Paige to tell her that the house was on fire. He had already gotten their kids out of the house. When Paige arrived with her sister, he told her that he thought it was an electrical fire caused by Tam's favorite night light. When he was told later that this wasn't so, he convinced a friend who was investigating the fire to give him a piece of evidence they found to see if Phoebe could get a premonition off it. Later Paige came and brought him to Magic School where Tam had shown that she could cause a fire to start. He and Paige discussed the situation and he wanted to bind their daughters' powers, even though Kat hadn't even shown what her powers were. After Kat did show her powers, he still wanted to bind them and Paige promised that they would discuss it.

While trying to deal with Prue being back, Paige orbs herself to the SFPD where Henry is frozen in the act of trying to drink a cup of coffee. She talks to him as if he can hear her, trying to get everything she's feeling off her chest and then admits that she probably couldn't explain if he really could have heard her. 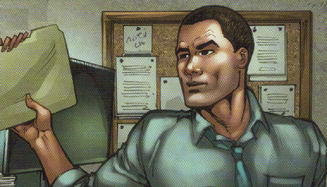 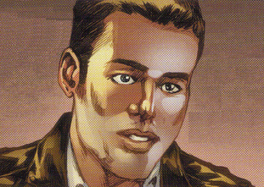 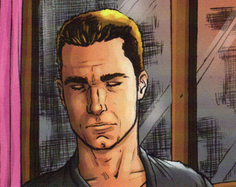 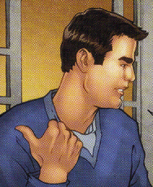 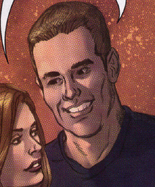 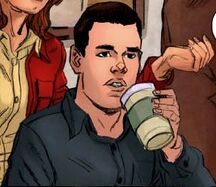 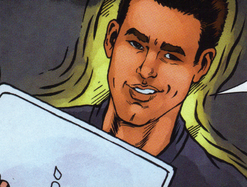 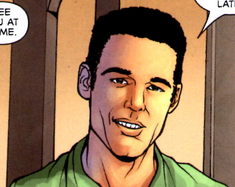 The Power of 300
Community content is available under CC-BY-SA unless otherwise noted.
Advertisement