Henry is the biological son of a runaway teen and her twenty-something-year-old boyfriend, Christopher Mercer. Christopher is the son of a crime lord and he made his first person vanish was he was fourteen. Already deturmined to protect her son from the Mercers, Paige was even more deturmined to keep him away from her son upon learning this.

When his biological mother was the victim of stray darklighter arrow, he managed to survive when Paige orbed him right out of her womb. She then took him home so that he had a place to stay until SBSS had a chance to locate his mother's family. This worried Paige's husband, Henry, who was already worried about the effect magic could and did have on his family and was worried that a nonmagical child like "Little Henry", as Paige had started calling him, would be in more danger than their twin daughters, Kat and Tamora, who thought they hadn't come into their powers, were still magical and it was assumed eventually they would have powers to protect themselves.

Paige gave into Neena's demands, because she worried about her family, which in Paige's mind already included him.

When Victor Bennett asked Henry who the extra kid was, Henry replied with "Henry Jr", seemingly more comfortable with the idea then he had been earlier in the day.

Bailey takes Little Henry out of the room when his sisters and cousins start having their powers go haywire. He wasn't affected since he wasn't their blood relative.

When Bob Cowan's efforts to find Little Henry's family bear fruit in an unexpected way, Paige does what she can to protect her little son from his criminal father. In the end they are able to protect him and keep him as their own.

Paige and Henry discuss the situation while they put Little Henry to bed. They spell things out because appearntly Paige thinks it will keep her son from understanding what she is saying. Henry points out that Little Henry can't understand anything they are saying anyway.

As they leave the room, Paige comments on how glad she is that their son has a nonmagical role model to look up to. They don't turn around and see their little baby pointing his fingers around and ice covering everything in his path. His bed, his mobile, and his teddy bear are all covered in ice.

Paige mentions that they have been dealing with Baby Henry having powers over the last six months in addition to all the other nonmagicals (including Henry) who have had magic to deal with. His sisters and cousins have lost their magic, but a baby with ice is probably better then a toddler with fire.

He did not speak in Volume 2.

He did not speak in Volume 3.

He has not spoken in Volume 4. 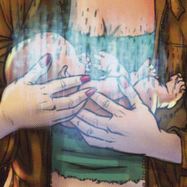 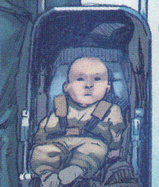 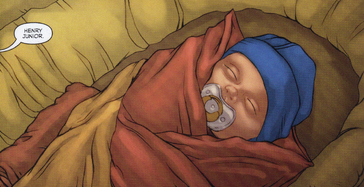 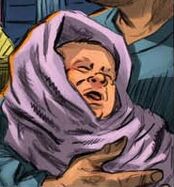 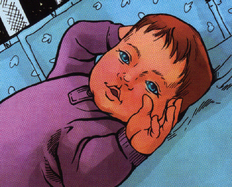 Crossed, Triple-Crossed
Add a photo to this gallery
﻿
Retrieved from "https://zenescopeentertainment.fandom.com/wiki/Henry_Mitchell,_Jr?oldid=13949"
Community content is available under CC-BY-SA unless otherwise noted.