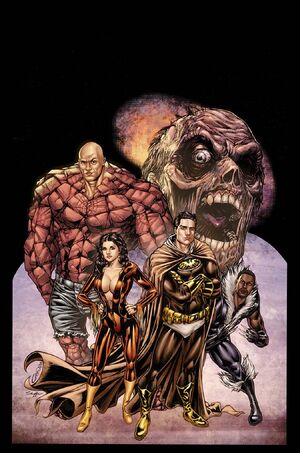 Unknown actor Michael May gets his big break starring along a laundry list of A-listers in a new Hollywood Superhero Blockbuster. But Michael's good fortune doesn't last long when a Zombie outbreak hits during the script reading party at the Roosevelt Hotel in Hollywood.

Now Michael is thrust into the role of a leader when celebrity zombies begin attacking the unsuspecting cast and crew!

Retrieved from "https://zenescopeentertainment.fandom.com/wiki/Hollywood_Zombie_Apocalypse_Vol_1_1?oldid=15471"
Community content is available under CC-BY-SA unless otherwise noted.