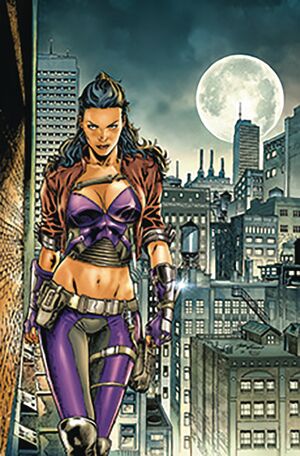 When a fiery explosion erupts in the ancient city of Petra, Jasmine races against the terrorist group THE FORTY THIEVES to prevent the shattered pieces of the Crown of Kings, an object that haunts her past from being reunited and unleashing an unearthly power on the world and all that she holds dear.

Retrieved from "https://zenescopeentertainment.fandom.com/wiki/Jasmine:_Crown_of_Kings_Vol_1_1?oldid=17786"
Community content is available under CC-BY-SA unless otherwise noted.