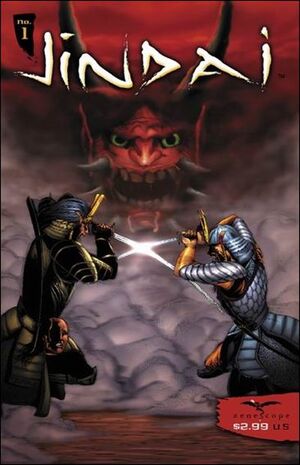 Appearing in "The Way Of The Warior"Edit

Synopsis for "The Way Of The Warior"Edit

A Samurai Shogun named Ashigura leads his masters army against the tyrannical Lord Shinzen. Ashiguras army is poised to put an end to Shinzens dream of conquering Japan. Loyal disciples of the Code of the Samurai, his men fight with a fury and reckless abandon that Shinzens warriors cannot match. As the battle rages, Ashiguras brother, Ishida, returns home after a seven year exodus. Disenchanted with the harsh and violent life of a Samurai, Ishida has chosen a different path. He has spent the last third of his life studying and training within the peaceful Order of the mysterious Shoalin Monks; A decision that has turned Ashigura against him. Ashigura wins victory on the battlefield but he is unaware that a much greater evil is on the horizon. All is going according to the plan of Taku, an ancient demon whose undead army threatens to destroy not only Japan, but all of humanity. Can the two brothers put aside the past and come together to fight the most crucial and dangerous battle of their lives?

Retrieved from "https://zenescopeentertainment.fandom.com/wiki/Jindai_Vol_1_1?oldid=16173"
Community content is available under CC-BY-SA unless otherwise noted.