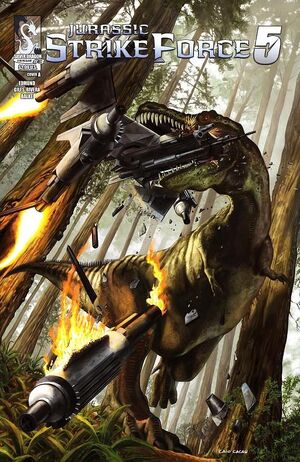 How did five mutated dino soldiers come to be frozen in the Antarctic and released in the present day?

The origin of the Jurassic Strike Force is revealed here for the first time! Don’t miss this issue as Dinosaurs battle Aliens in the earths distant past.

Retrieved from "https://zenescopeentertainment.fandom.com/wiki/Jurassic_Strike_Force_5_Vol_1_3?oldid=19602"
Community content is available under CC-BY-SA unless otherwise noted.