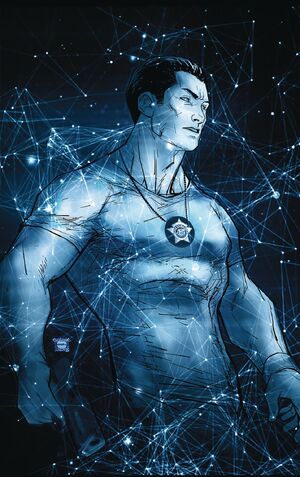 After last issue's daring leap of faith, our hero is now trapped in the lion's den. Alone and squaring off against an army of inter-dimensional agents, can Nate escape his dire predicament and discover the secrets behind the Mainstream? Meanwhile, a new threat emerges from another dimension that could destroy his partner's life forever.

Retrieved from "https://zenescopeentertainment.fandom.com/wiki/Mainstream_Vol_1_3?oldid=17510"
Community content is available under CC-BY-SA unless otherwise noted.