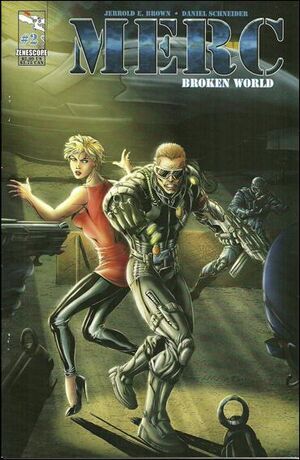 Sonny finds himself trapped inside a jet with along with the courier he's been hired to hi-jack. He must think fast and act even faster as he tries to escape the suicide mission he willingly signed on for. When he finally secures the surprise courier and cargo he realizes that he’s been tricked into making the biggest mistake of his short lived life.

Retrieved from "https://zenescopeentertainment.fandom.com/wiki/Merc_Vol_1_2?oldid=11026"
Community content is available under CC-BY-SA unless otherwise noted.