Known by many names, Neena, Isabel, and Victoria, being the only known ones, she was the first witch.

She and her beloved got their hands on the All and it melded with them, infusing them both with immense power, but as time went on, they were forced to leave the place where they had found the All and things became harder.

They had several children, but only the first two, concieved while their parents were in the Higher Realm, had powers. Their daughter used her powers for good and most witches decend from her. Their son used his powers for evil and most warlocks descend from him.

Her mate was taken from her sometime before Charlotte Warren came to her for help as Isabel, as she was known as then, told her that she had lost him.

In mid to late 2007, Neena decided to do something about not being able to see her mate. No longer caring who was hurt in the course of her actions, she teamed up with a warlock named Hogan and together, they restored The Source of All Evil to life. Hogan did not realize that her plan was not to aid the Source, but instead to use him to gain more needed power for her plan. When he was no longer of use to her, she disposed of him, creating a throne around him.

Next, she teamed up with a Darklighter named Rennek. Unlike Hogan, Rennek actually knew what Neena was up to and he had a habit of reminding her with pointed questions. Between the two of them, they forced a large number of whitelighters and elders to move on including Kyle Brody.

To the Warren Born[]

The Charmed Ones, along with many of their dead ancestors and a large number of elders, managed to bind her powers. After this, the Angels of Destiny arrived and sentenced her to stay forever in the failed paradise she attempted to make to recreate the place where the All had been, but since they did understand her motives, they also gave her six months of a year with her mate, so that while she doesn't have him all the time, she finally gets to see him, again and she always has the hope that he will be back once he leaves. 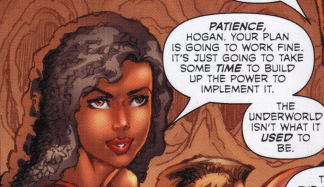 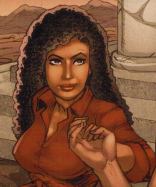 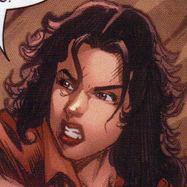 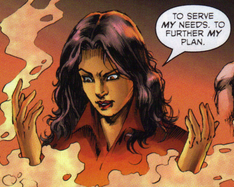 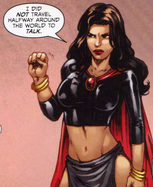 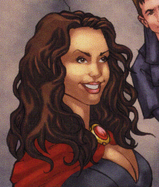