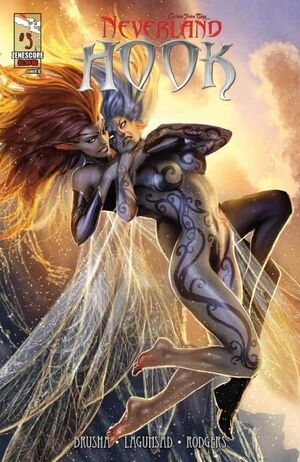 Cross returns to Neverland to find it devastated by a war waged by the mysterious and evil new ruler of the realm. Known only as the Scourge King, Tiger Lily and her warriors are all that stand between him and the complete destruction of Neverland. Can Cross turn the tide of the battle or will he end up being just be another casualty on the battlefield?