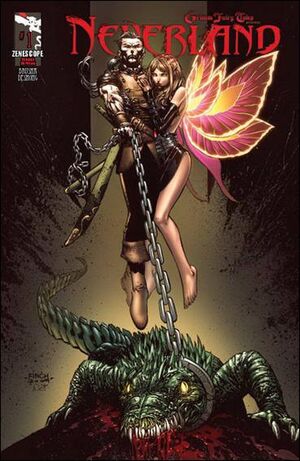 The creators of Grimm Fairy Tales and Return to Wonderland bring you a dark new addition to the Grimm Universe. Neverland was once a magical paradise until it fell under the rule of the evil creature known only as Pan. It has now become a world that haunts children's nightmares. Don't miss the #1 landmark issue of this all new series.