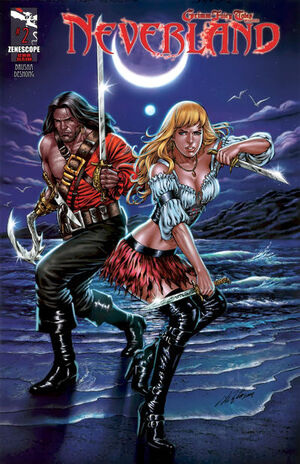 I don't think . . . I know what happened. If you want to analyze me then you can get the hell out of here. I'm only interested in someone helping me get my kids back.

The creators of Grimm Fairy Tales and Return to Wonderland bring you a dark new addition to the Grimm Universe. Neverland was once a magical paradise until it fell under the rule of the evil creature known only as Pan. It has now become a world that haunts children's nightmares. Don't miss the #1 landmark issue of this all new series.