Prudence Johnna Halliwell was named after two very important people in her mother, Phoebe Halliwell's life. One was Phoebe's oldest sister, Prue, who had died in 2001. The other was Phoebe's Grams, who had died in 1998 and whose maiden name of Johnson was altered to form her middle name. Being dead didn't stop Grams from changing her nickname from Prue, like her aunt, to PJ, something Phoebe didn't seem to thrilled about. She has an additional nickname which is used only by her mother, Ladybug, but since Phoebe was calling her Prue, clearly this is only a sometimes nickname.

PJ is unique, that she is the first known person to be born to a cupid. She is also the first female cupid ever to be seen in Charmed. Even more unique she has proven cabable of using at least one cupid power, an ability to "beam" her mom to her in a pink haze, without the use of a cupid's ring.

Apparently, deciding that her mom shouldn't go back to work yet, Little Prue uses her powers for the first time to keep her mom inside, much to the obvious amusement of her dad, Coop

Little Prue protests her mom leaving her with her uncle, Leo, but doesn't keep Phoebe from leaving like she did previously. Presumably, she goes with Leo and her cousins to Magic School.

Little Prue gets to meet one of the people she's names for, Grams, and gets a new nickname from her. After all, what else would you call Prudence Johnna, but PJ.

PJ gets a little loving attention from her mom when Phoebe comes home after protecting her boss, Elise Rothman, from Cal Greene.

Piper asked Phoebe how she got through this stage with PJ, indicating that PJ was no longer beaming stuff at random.

PJ gets to camp out in the front room with her older cousins, while the adults work on trying to get back Piper and Paige and stop Neena for good. When Grandpa Victor arrives, he gets to watch the kids, including PJ.﻿

PJ's parents discussed how her dad never knew his family while Coop was holding her. Later, after her dad met part of his family, she went with her parents on a picnic where, unbeknownst to them, they are being watched by PJ's grandmother, Patty, and her mom's ex-husband, Cole Turner.

When Paige touched Prue and set off a change reaction of powers, PJ is at magic school and beams herself onto a cabinet. 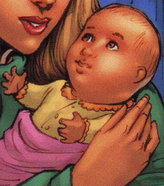 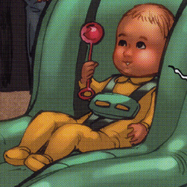 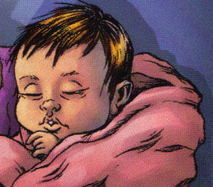 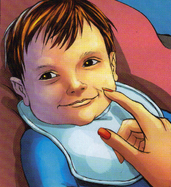 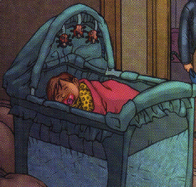 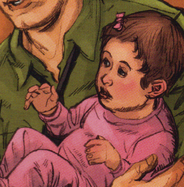 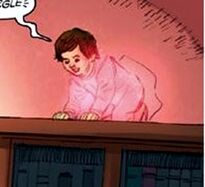 Family Shatters
Add a photo to this gallery
﻿ 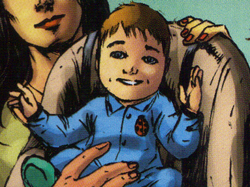 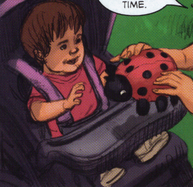 Cupid's Harrow
Add a photo to this gallery
﻿
Retrieved from "https://zenescopeentertainment.fandom.com/wiki/PJ_Halliwell?oldid=13794"
Community content is available under CC-BY-SA unless otherwise noted.