Phoebe Halliwell is one of the Charmed Ones. She was the one that first found the Book of Shadows and unknowingly cast the spell to release their powers.

Phoebe Halliwell is the youngest daughter of Patty Halliwell and Victor Bennett. She has the power to see the future through premonitions and sometimes the past along with the additional powers of levitating and empathy. Along with her sisters, Piper Halliwell and Paige Matthews, she is one of the Charmed Ones. Since the death of her oldest sister, Prue Halliwell, she has been in the uncomfortable position of playing peacemaker between Piper and Paige, a job formally held by Piper who kept the peace between Phoebe and Prue.

Phoebe has been married three times. Her first marriage to half human, half demon Cole Turner, ended in divorce shortly after the first time she and her sisters vanquished him. They had no living children together as their only offspring, presumed to be a boy, was killed when the Seer who had stolen him tried to use too much of his powers. According to the Seer, he was never really Phoebe and Cole's child to begin with, always hers.

Phoebe's second marriage, to fully human Dex Lawson, was the result of a spell cast by Paige's charge, Billie Jenkins. On top of that, Dex didn't know he had married Phoebe as she was disguised as Julie Bennett at the time. That marriage was annulled.

Phoebe's third and final marriage was to a cupid called Coop. They were married by an Angel of Destiny. According to Phoebe, they concieved their firstborn, a daughter named Prudence Johnna "PJ" Halliwell, on their honeymoon. They celebrated their first anniversary in Morality Bites Back.

"I spent much of my life searching for my place in the world. After a brief time in New York, I return home to the strained relationship with my sister, Prue. Ever the impetuous one, I proudly take the blame for chanting the incantation that activated the power of The Charmed Ones. With the help of our magical sisterhood, Prue and I healed out rift before her tragic death.

My journey for self discovery continued as I finished college and eventurally found my passion, stumbling into a career writing an advice column for The Bay Mirror. My primary active power is premonition, with the ability to see into the future as well as the past. For a time I also possessed the powers of levitation and empathy, but my active magic was stripped from me when I exploited them for personal gain. Premonition was the first of my gifts to return, which along with my natural spell-writing talent, still makes me a powerful force for good.

I have had two great loves in my life beginning with the half-human, Cole Turner. Cole was torn in two by his demon half, Belthazor, when we met. Though he escaped Belthazor's grasp, our relationship ended in tragedy when he could not overcome the darkness still within him."

Phoebe returned from New York where she had tried and failed to reunite with her father. Her reunion with Prue did not go well, but it was partially set aside when she followed directions from the spirit board that led her to the Book of Shadows in the attic. She unlocked their powers which allowed them to access the power of three and utilize the fact that they were Charmed.

While her sisters are trying to track down innocents, Phoebe and Mika are at the park. Elise had an idea for a publicity stunt to help The Bay Mirror and since PJ kept Phoebe home all day on the day of the meeting, Phoebe was never given a say in it. They signed Phoebe up online to be a minister of the Church of Love and Light so that she could marry a bunch of couples in the park. It worked and Phoebe finds herself in the park, uncomfortable about the whole thing. Coop shows up just as she is trying to deal with the fact that she's just got her empath power back due to a blinding amount of love eminating from a couple. She gets talked into going through with it when she gets to talking with the couple, Romeo and Juliet who are trying to break a curse accidentally put on them by William Shakespeare when he wrote their story with a quill made out of a phoenix feather. After a little further talk from Juliet she actually feels good about the idea and gladly goes through with it. When she arrives at the manor she finds it filled with people starting with Tyler's family and going from there including Max Franklin who greets her as the three sisters enter the room.

Phoebe helps Piper try to control the furniture as Melinda orbs it around.

Phoebe had lunch with Piper, but when they planned to part ways, Piper popped up, again. It turned out that it was one of the clones rather than Piper. The clone follows her to The Bay Mirror and won't leave. When she finds out, she claims she got the clingy clone.

Phoebe is over at the manor visiting with her sisters when Paige interupts a conversation with Piper to bring them to her house which is on fire. Phoebe gets a premonition off a piece of paper the police found at the scene and they go to meet with Montgomery Knox the teacher of an alternative magical school which he claims is neutral. When Tam proves that she was the one who started the fire, Phoebe is orbed to Magic School where she also gets to witness Kat come into her powers. 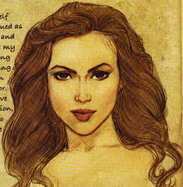 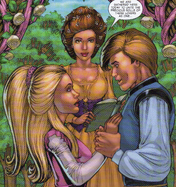 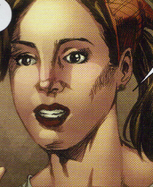 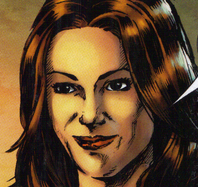 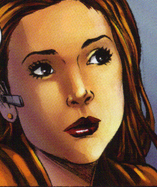 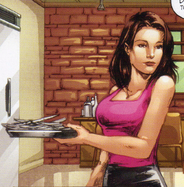 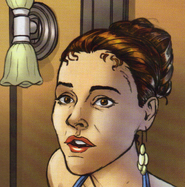 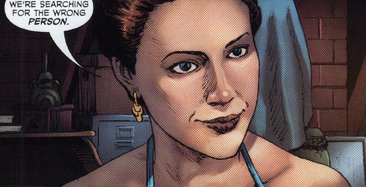 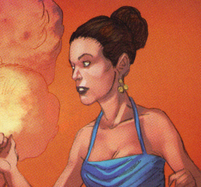 The Heavens Can Wait
Flashback