Rennek was a darklighter who didn't tend to take things seriously when he was in control. He knew who Neena was, what she was doing, and he still chose to work with her. He was also cautious of her, knowing what happened to Hogan.

Rennek is one of many evil magical beings that shared the power from the Source's vanquish.

Rennek joined forces with Neena, but made sure she knew that he knew who she was, what she did to Hogan, and what she planned to do. He mentioned both the names Isabel and Victoria as additional names she went by.

From Kyle Brody and Leo Wyatt, Paige Matthews learns that Rennek was Leo's rival for years and his defeat was rewarded with Leo being given the Charmed Ones as charges.

Rennek had been attacking whitelighters. A pregnant teenager got in the way of one of his arrows and ended up dead. The demon with Rennek was vanquished by the girls, but Rennek got away. He then watched on the side lines as Neena put together her army. He shot Kyle with a darklighter arrow when Neena bid him to.

Rennek assisted Neena as she took her army on the attack. He assisted in killing many elders.

Rennek was delighted to learn that Leo and Paige had infiltrated the ranks of the demons, mostly Leo, because he loved the chance to taunt Leo. While Paige was knocked into the afterlife prematurely, Leo remained a captive, much to Rennek's delight.

Rennek enjoyed taunting Leo and gave him a demonstration of when he had zombies remake Thriller.

Rennek joined Neena's final attack on the heavens, but was banished after Neena's powers were bound. His fate is unknown, but he's likely still out there.

Rennek showed up as Cole was leaving to talk to Alexi. He commented on the fact that he though Cole would have come to Alexi sooner and said he still needed to use the Jewel of Orthon.

Rennek used the Jewel of Orthon to control Bailey. He made her suggest adding Sarah to the list of young witches that Paige was going to visit in order. To try and recruit them for Magic School.

Rennek did not talk until Volume 2. 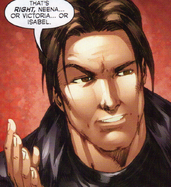 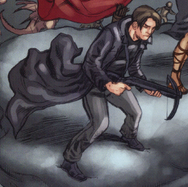 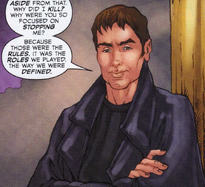 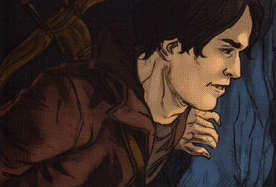 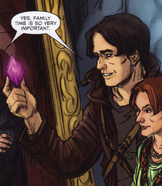 Family Shatters
Add a photo to this gallery
﻿
Retrieved from "https://zenescopeentertainment.fandom.com/wiki/Rennek?oldid=13012"
Community content is available under CC-BY-SA unless otherwise noted.