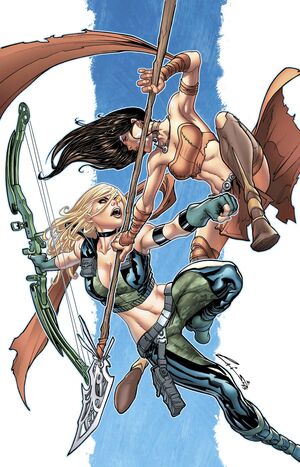 Appearing in "The Plague Part Two"Edit

Synopsis for "The Plague Part Two"Edit

For centuries, they have shaped the progress of New York City from the shadows. Their legacy is cloaked in mystery, with even the most connected in Manhattan unaware of what they truly represent. But now, the Cabal has released a deadly plague upon New York City, and Marian's life is on the line.