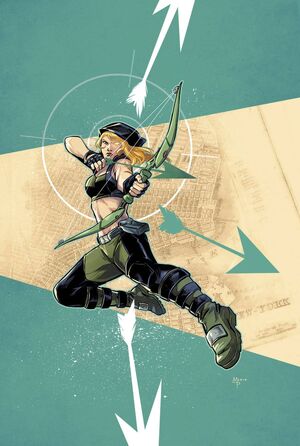 A new story arc begins! As Robyn seeks out Peter, the mysterious man seemingly linked to the Cabal, Marian crosses paths with a former ally. Even as they scramble to find more information about the mysterious, looming threat, the Cabal stays one move ahead, setting into motion a plan for a cataclysmic event they call "the Shift."

Retrieved from "https://zenescopeentertainment.fandom.com/wiki/Robyn_Hood_Vol_2_7?oldid=19670"
Community content is available under CC-BY-SA unless otherwise noted.