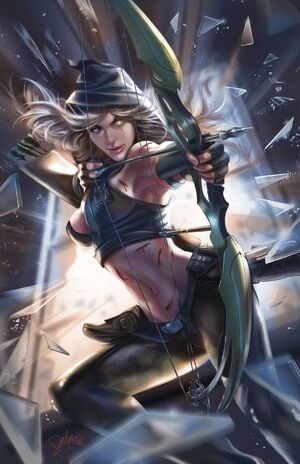 Appearing in "Window to the Soul: Part 2"Edit

Synopsis for "Window to the Soul: Part 2"Edit

Robyn and Marian's latest case has gotten really messed up, really quickly. While Robyn is at the mercy of a cult of trust fund kids bent on sacrificing her to an ancient monstrosity, Marian finds herself on the run from a powerful witch. Meanwhile, the Cabal put the finishing touches on a plot to bring New York City to its knees.