Sam Wilder was born in the mid to late 1800s. In 1892, he got the New York Teacher of the Year award, the only clue to his age and profession. In the 1970s, he was the whitelighter of Patty Halliwell and possibly to her mother, Penny Halliwell, and her daughters, Prue, Piper, and Phoebe. At some point after Patty's husband, Victor Bennett, left, he and Patty ended up together. When they learned that Patty was pregnant with their daughter, Paige, it was decided that it would be best for her that she was kept hidden from the magical community, especially, since the relationship between the two of them was forbidden.

When Sam learned that Patty was going up against a water demon, he decided he needed to be there, much to the detriment of both of them. He distracted Patty and the demon killed her. Sam clipped his wings right there and stayed at the lake where she died. He knew eventually someone would come after the demon, again, and he thought he knew who. The camp at the lake was closed for years and when someone wanted to reopen it, he was there waiting, knowing something was going to happen.

When Patty's daughters arrived to stop the demon, he was there to help. He gave his life to protect Prue from the demon and was reunited with Patty. Unfortunately, for him, it didn't last. The elders decided that they wanted him back as a whitelighter and though whitelighters usually get a choice, it appeared that Sam wasn't given one. Later after his daughter had been reunited with the sisters she didn't know she had, she helped him accept being a whitelighter again. When a former charge of his appeared and he went to Paige and her sisters for help, it helped him bond with his daughter a little.

Phoebe called Sam when Paige's body and her spirit were separated. Sam was unable to use his healing ability to fix it and he was also unable to reassure his son-on-law, Henry Mitchell. That was left up to Victor.

Without Paige getting Up There might have been an interesting task, but Sam was able to help them get Up There. He got first Piper and Phoebe Up There and then Henry carrying Paige's body. Told to not fight because he's gotten killed too many times, he mostly listened to the advise and got to see both Patty and her mom when they joined in the fight. 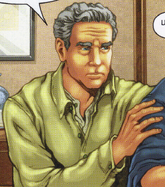 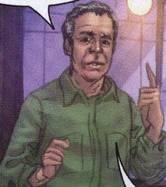 The Charmed Offensive
Add a photo to this gallery
﻿
Retrieved from "https://zenescopeentertainment.fandom.com/wiki/Sam_Wilder?oldid=8891"
Community content is available under CC-BY-SA unless otherwise noted.